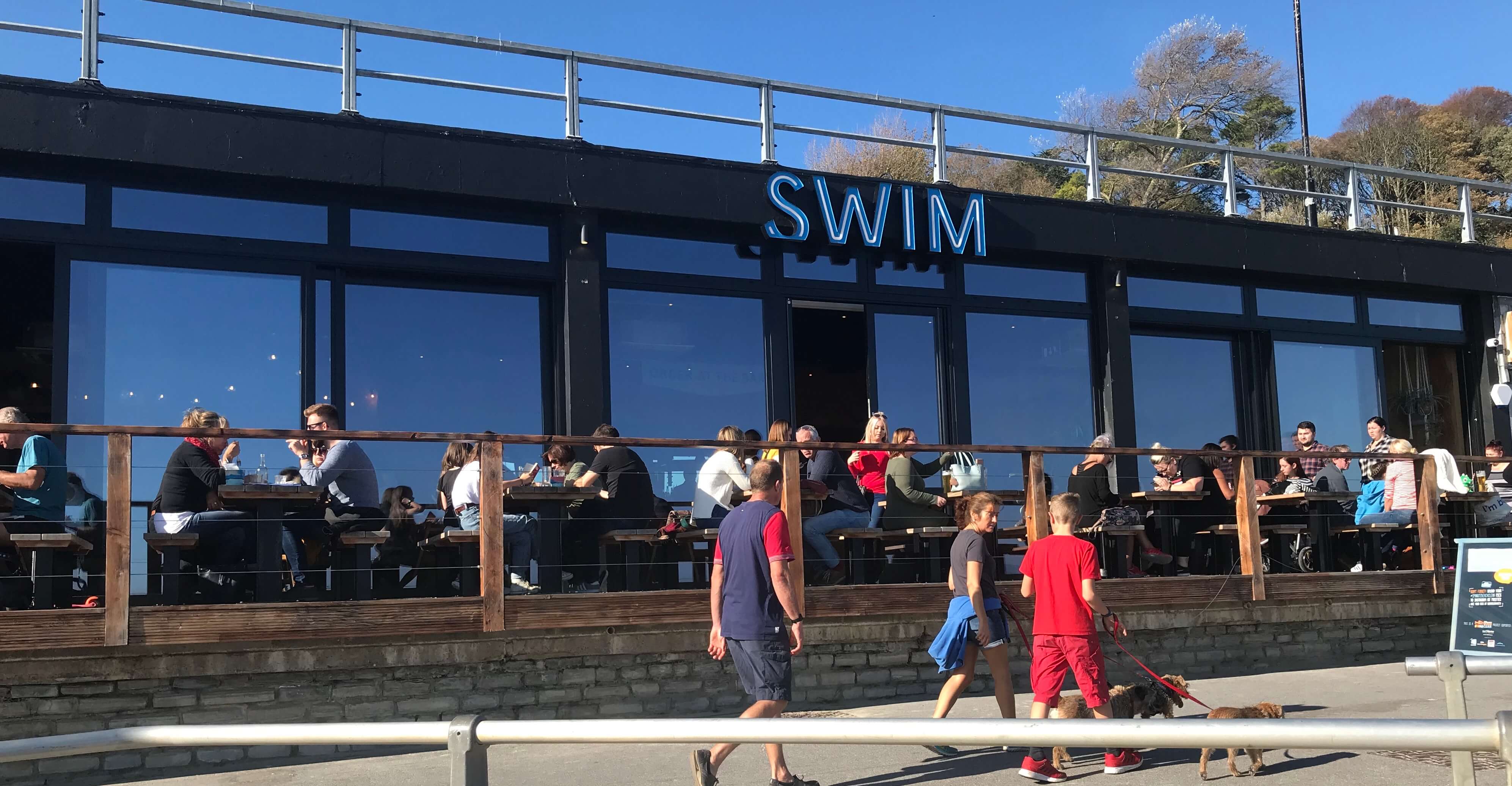 Opened in 2018 to much excitement in the town – at last a trendy place for young and old alike! Promising a great dining and drinking atmosphere with DJ’s and Live music on selected evenings.

Immediately there was a problem, the talk of the town switched to the appalling acoustics at SWIM, and how on earth could the put on live music if your were served a Rioja after asking for a Margarita! It was so bad my 18 Yr old daughter said they [her group of friends] couldn’t stand the noise inside and all had their drinks outside. “Dad you have got to do something about the acoustics – they plan to have DJ’s and Live Bands !”.

So I contacted the owner, and he was delighted as the acoustics had been forgotten in the rush to open, though since it was early days the budget would be very tight. The restaurant is basically a concrete box fronted with plate glass windows looking out to sea. I did a reverb test and it was almost double what you’d want for a space of those dimensions.

I calculated what was required to bring down the reverb – whilst retaining a good even balanced acoustic. Planned out the type and placement of panels to ensure it would be good for live & amplified music. Placement is just as important as what acoustic products you are using.

The scheme priced up didn’t meet the clients budget – but it gave us a starting point and we agreed a minimum viable budget. I re-worked the positioning of panels, and paring down the number, so as to maximise their impact. We were given the green light and so the acoustic panels were installed.

Here are the results – the Blue line was the starting position, green my ideal target (had the budget been available), and the orange the outcome.

The acoustic panels are wrapped in a special black acoustic fake suede, and look designed for the restaurant. The suspension down from the ceiling is critical to maximising their performance over a wider frequency range, and suited the decor of the space – being positioned in-line with the cable trays. Now SWIM has become hugely popular, crucially having the local support, key to keeping the business profitable through the winter months.

Back to Case Studies